Dale Sitz, 71, of Liberty Hill passed away on Tuesday, March 1, 2022. Garry was born in Vernon, Texas to Delbert Woodrow Sitz and Mary Beulah Sitz on November 1 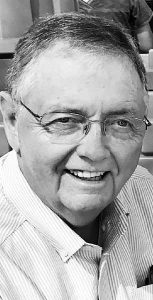 5, 1950 and lived there until graduating from Vernon High School in 1969. After graduation he attended Texas Tech University for a year before transferring to the University of Texas at Austin to participate in their  rst ever Computer Science degree program. Upon earning a Bachelor of Arts in Computer Science, Garry went on to pursue a long and storied career in Information Technology with several Texas state agencies including the Lower Colorado River Authority, the University of Texas, and the Teacher Retirement System of Texas. In addition to his service with the state, Garry held several key leadership roles in private industry. After retiring, Garry  lled his days with volunteer work with the Round Rock Police Department, photography, playing the piano, and his family. Always ready to do anything for his family, Garry could most often be found attending the numerous soccer, basketball, and T-ball games of his grandchildren. Garry is survived by his wife of 45 years, Deborah Jewell Sitz, of Liberty Hill, his daughter Leslie Sitz Rodriguez and her husband Christopher Louis Rodriguez, of Florence, his son Daniel Woodrow Sitz and his wife Jori Michele Sitz, of Liberty Hill, and his grandchildren Sutton Grace Sitz and Beck Woodrow Sitz, of Liberty Hill. He is preceded in death by his parents and older brother Charles E. Sitz. Graveside services were held at Eastview Cemetery in Vernon, Texas on Tuesday, March 8, 2022 at 2 p.mOnline condolences may be made to the family at www.sullivanfuneralhomevernonGarry