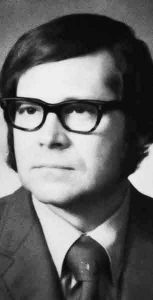 r Vernon, Texas to T.G. and
Dola “Sue” McCord, and following his high school
graduation, attended Abilene Christian College. He
earned his medical degree from UT Southwestern
Medical School and went on to Michigan to
complete a residency in general surgery. Don
proudly served as a physician in the US Navy.
He knew that although most quali ed specialists
move to larger cities to establish a practice, he
believed the healthcare needs in rural communities
was signi cant. He moved to Hamilton, establishing
a practice on East Main, and after serving the
community for a number of years, relocated to
Clifton. He eventually settled in Dallas where
he practiced at Medical City until his retirement.
Don continued to perform surgery on residents of
Hamilton and the surrounding communities for a
number of years, and kept a regular travel schedule
to the local hospital to assure they received continued care.
An avid and accomplished pilot, Don was a member of the Flying Physician’s
Association and served a term as president. A certi ed  ight instructor, he loved
sharing his passion for  ying with his students, and took great pride in their
accomplishments. Many took their solo  ights before receiving their driver’s
license, and some went on to  y professionally. As a certi ed aviation medical
examiner, he enjoyed spending time with pilots who would come for their annual
exams and having the chance to discuss all things aviation.
Don is survived by the love of his life of over 50 years, Gayle, and his daughters
Melissa Mares (Louis) and Nicole Harrison (Michael), and granddaughter
Meghann Comeaux (Craig), all of Houston. He is preceded in death by his parents
and brother, Kenneth McCord. It is his time to forever soar, as friends and family
bid him CAVU (ceiling and visibility unlimited).
In keeping with his wishes no formal public service will be held, and in lieu of
 owers, the family requests gift to the charity of your choice be made.