Lacie Gene Smith was born on April 27, 1944 in Sherman, Texas to John Arlis Smith of Texarkana, Arkansas and Katherine Jean Hardison of Vernon, Texas. Lacie was the s 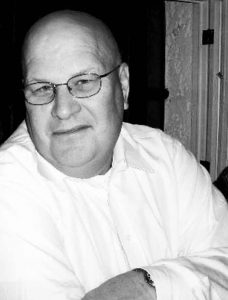 on of an IBMer and moved throughout the United States from Boston to Washington state. He graduated from Clover Park High School in Lakewood, Washington near Tacoma in 1962, moving to Vernon, Texas in the summer to help his grandfather on their family ranch (building fence). Lacie entered SMU School of Engineering in the fall of 1962 and graduated in 1967 from a 5-year co-op program with a Degree in Electrical Engineering. Then in 1995 he received an MBA in Finance from University of Dallas.His first job took him to New Orleans where he worked on the Saturn V booster at the Michoud facility. He worked as an engineer for 43 years including a position at the SuperCollider until it closed. Then he began a career in forensics engineering retiring in 2010 from Rimkus Engineering where he specialized in cause and origin of electrical fires and also served as an expert witness for his company.He is survived by his wife of 55 years, Nancy Lee Nystrom Smith, one brother (John L. Smith), three daughters (Lynne Cagle Cox, Laura Ward, Libby Friday), two sons-in-law (Kevin Cox, Charles Ward), six grandchildren (Catie Cagle, Brady Cox, Lilly Friday, Charli Friday, Matthew Ward and Michael Ward). Lacie is also survived by first cousins on his father’s side (Ronnie Smith, Ben Ray Smith, Peggy Sue Sharp, Jana Smith) as well as his mother’s first cousin (A. G. Walker) and a second cousin (Allen Walker).Lacie was an avid sports fan and staunch supporter of the Mustang Club, with season tickets to all of the SMU home games. He also loved the Cowboys and the Rangers and watched them play every chance that he could. He especially admired Tom Landry and Nolan Ryan. He enjoyed all things puzzle and completed the New York Sunday Times crossword in ink every week. He loved the opera and his favorite composer was Wagner. He saw all four of The Ring operas and always hummed along to the Ride of the Valkyries. Pavarotti was his favorite tenor and Nessun Dorma one of his favorite compositions. Lacie also loved to travel and, between 1996 and 2018, he managed to see all seven continents. His favorite excursion was a trip to Xian, China where he visited the Terra Cotta Warrior archeological site. His last trip was to Hawaii in 2018 where he visited Oahu, Maui, Kauai, and the big island of Hawaii. On Maui, he ascended the Haleakala volcano to watch the sunrise and a picture of this hangs above his desk. Lacie was a long-time member of Cliff Temple Baptist Church in Dallas, Texas where he was a Deacon. He retired to Oklahoma in 2010 where he enjoyed life at the lake and spending time with his grandchildren. His smile was infectious, and his family will miss him very much!