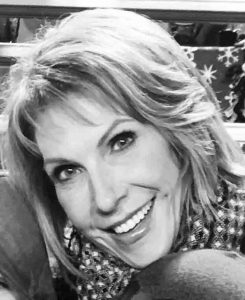 rom Texas Tech University, Lubbock, in 1992. After working as a Speech Language Pathologist for 12 years, she took on the journey of a Pharmaceutical Sales Representative. After 17 years, she returned to Speech Pathology at Ascension Providence in Waco. She loved helping people of all ages, especially the babies. She was an avid runner and is now running on the Streets of Gold with our Heavenly Father! Lesa married Ricky Davis July 23, 1983 at First Baptist Church of Vernon. She was a member of First Baptist Church of Belton. She was proud of her faith in Jesus, her son Dale Henson Davis and wife, Melissa, and her daughter, Corley Danee’ Davis. She was exceptionally proud of her role as “Lulah” to her grandsons, Beau Henson Davis and Brooks Harper Davis. Lesa is survived by her husband, Rick Davis of Belton; parents Pat and Loretta Henson of Troy; son and daughter-in-law Dale and Melissa Davis of Amarillo; daughter Danee’ Davis of Amarillo; one brother Dan Henson of Coryell City; sister and brother-in-law Jill and Lance Read of Temple; two grandchildren Beau and Brooks Davis of Amarillo. Donations may be made to Eldred’s Nursery Foundation, 1220 Main Street Belton, Texas 76513 or any charity of your choice.