Troy Young, 59, of Vernon, Texas passed away July 4, 2022. He was born in Wichita Falls, Texas on February 26, 1963 to Richard Young and Barbara Stewart. Raised in Mesquite, Texas by his mother and stepdad, Earl Stewart, he graduated in 1981 from North Mesquite High School. After moving to Vernon, Texas he worked briefly at the North Texas State Hospital before beginning work at WT Waggoner Ranch for the excavation crew in 1985. Waggoners is where he met his wife Sus 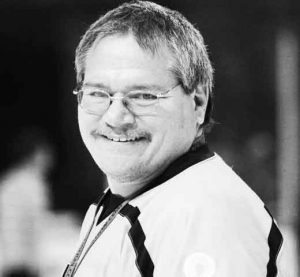 an Daniel and adopted her son, Tyson. He and Susan momentarily moved back to Mesquite, where they had their daughter Krystal in October of 1994. Just a few months later the family moved back to Waggoner Ranch where he began to work for Bucky Wharton on July 17, 1995. After the sale of the ranch in 2016, he followed the Whartons to Fort Worth. They were his family and there was nothing he wouldn’t do for them. He continued to absolutely love his work for them until his passing. Troy and Susan divorced in 2001 where Troy raised Krystal as a single dad. Together they enjoyed hunting, four wheeling, and spending most of their time together. The memories they share are precious to them both. Troy and Krystal loved to spend the weekends supporting the Wichita Falls Wildcats where he fell in love with hockey and eventually photography. Hockey soon became yet another important family to Troy. He also spent his extra time focusing on flying where he obtained his private pilot license. He found so much joy when taking his family and friends up for a spin. Troy and Krystal made time to fly to Mangum, Oklahoma in their Cherokee airplane where they made memories with their soon to be family. On September 8, 2007 he married Jennifer Haden on the Waggoner Ranch under the stars with their daughters Krystal and Addie attending. Jennifer and Troy spent the next decade making beautiful memories and raising two beautiful girls to young adulthood. Troy enjoyed supporting Addie during her years as a high school athletic trainer and helping her with yearly Camp Fire Carnivals and Candlelight Balls. Most recently, Troy spent time traveling to see Krystal and Evan Owsley to help them build and work their new business with Evan’s family carnival. He loved any and all time he could spend with his girls. Visitation was held from 6 p.m.-7 p.m. on Monday, July 11 at Sullivan Funeral Home in Vernon, Texas. Services for Troy Young followed on Tuesday, July 12, 2022 at 10 a.m. at Sullivan Funeral Home Chapel with Jesse Quintero officiating. Interment was held at Eastview Cemetery under the direction of Sullivan Funeral Home. Following the graveside, a Celebration of Life was held at First Baptist Church.