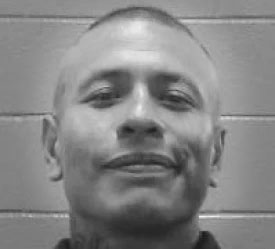 Vernon Police are involved in a multi-jurisdiction investigation into the activities of a suspected human trafficker.

Vernon Police Lt. Mickey Allen said the local authorities were contacted at about 7:21 p.m. on Thursday, July 21 by the Wichita County Sheriff Office.

“They had made a traffic stop between Wichita Falls and Henrietta, and a male subject was arrested on Dallas County warrants. A female in the vehicle made an outcry for help that she was being trafficked and had been sexually assaulted a Vernon hotel,” Allen said. “We went to the hotel, and found the room had not been cleaned yet, so we were able to seal it off and gather evidence.”

Colin was stopped on u.S. 287 for driving a stolen car from Dallas. He allegedly gave a false name and was later identified at the jail through fingerprints.

Once they got them separated, the woman made an outcry for assistance, Lt. Allen said. Wichita County deputies reported the female passenger was acting afraid and said she knew the driver only as “Enrique.” She began crying when they asked her if she was being trafficked and said “It wasn’t supposed to be like this, this time” and that she had originally agreed to be a “driver” and was driving Colin to Childress from Dallas to drop off narcotics.

According to reports, after meeting up with a man on a rural road the night before, she said she became frightened and told Colin she wanted to go home. She said Colin rolled down her car window and fired a shot out of it with a handgun and told her the next bullet would be into her if she tried to leave.

After that, she said they drove to Vernon and got a motel room and he left her there, again telling her if she tried to leave he would kill her. She said he returned later, forced her to smoke meth and then held her down and sexually assaulted her twice while choking her.

Vernon Police reportedly have obtained surveillance video from the motel showing a man leaving the woman at the motel, then returning.