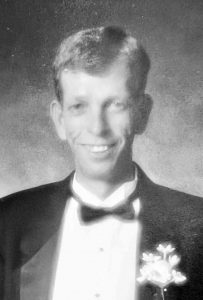 Frank Ross, 68, went
to be with our Lord
Wednesday, August 31,
2022 in Decatur, Texas.
Memorial service
is at 1 p.m. Thursday,
September 15, 2022
at Heritage Baptist
Church in Haslet, 1200
S. Hwy 156 76052. A
meal will follow the
service at the church.
Don was born August
4, 1954 to Lonnie
and Sarah (Osborn)
Ross in Vernon, Texas. He was united in marriage
August 23, 1997 to Jo Elizabeth Lightfoot in San
Angelo, Texas. Don had a Bachelor’s Degree from
Angelo State University, working in social services
for Tarrant County MHMR, also for McClure Oil
Company as a Well Service Crewman. He was a
beloved husband, father, grandfather, uncle, and
friend to many who will miss him dearly.
He was preceded in death by his parents, Lonnie
and Sarah Ross; a brother, James L. Ross; and his
sister, Reine Ann Chambers.
Those left behind to cherish his memory are
his wife, Jo Elizabeth Ross of Alvord; his son,
Geoff rey Ross and wife Michelle of Saginaw; his
granddaughter, Megan Ross; his grandson, Zachary
Ross; numerous nieces, nephews, and a host of
friends.